Are we being reckless with our history? Confusion around His Majesty’s birthday

This is an example of our cavalier attitude to facts. Published in The Witness - 21 October 2014...

Some people complain that the isiZulu language is not given the respect it deserves, but I have observed some of those same people unnecessarily speaking more in English than in isiZulu. Some people complain that not enough books are being written in isiZulu (and other indigenous languages), but when the books are availed, not many buy them. And there are people who are so worked up about ‘our history’, but ask them a simple factual historical detail and they go blank.

The fact is, in minutes I can research and come up with the dates related to the Kings and Queens of England and the UK, from the current House of Windsor backwards to the House of Saxe-Coburg-Gotha, Hanover and so on. Even information beyond the 15th century is available, sometimes to shockingly trivial detail.

Here at home, one can easily get information on the British Settlers of the 19th century, but try to research some of the recent prominent people or events; you either get nothing or get a jumble. It is a no-brainer that information on the former will likely still be available for many years to come; but as for the latter, it is a given that they will disappear without a trace.

Here’s an example of what is happening right now. I am among those who are confused about His Majesty’s birthday. I am not finding any explanation for this confusion, and I do not understand why it is being allowed to continue like this. This is embarrassing because here we are talking about the reigning King of the Zulu nation, the ‘rhino that comes out of the game reserve’, King Goodwill Zwelithini kaBhekuzulu.

If I am this confused, then what will be the case with the generations that come after me? But let me say this as early as now, my being confused may be my fault. I may be missing something, and if that is the case, I need it to be known that I am receptive to being enlightened.

All sources consulted to date agree that the King was born in July 1948. But then they divide into two groups, one saying it was on July 14 and the other saying it was on July 27. I would not be this troubled if the presumed authoritative sources like the museums and His Majesty’s authorised biography, at least concurred. But no, these sources also do not agree!

Generally, from the online sources you get the July 14 date. Examples of the websites consulted include; zuluculture, Wikipedia, whoswho, and the South African History Online (SAHO). On March 24 this year I presented to SAHO both dates and requested them to establish which was which. The response was a quick, “Our references are clear that it is the 14th July” and they cited their 1992 source by Gastrow S., titled Who’s Who in South African Politics.

Recently the newspapers reported on the King’s wedding. The Sunday World and the Sunday Times went with the July 14 date, while the Sunday Tribune alluded to July 27. According to the reports of Isolezwe (isiZulu newspaper), particularly in 2008 when His Majesty turned 60, and in 2012; the King’s birthday is July 27. The Ingonyama Trust published in at least Isolezwe and The Witness, the birthday ‘Long Live’ wishes for the King on July 27, 2012. As at the time of writing this column, this Trust’s website is still running the King’s birthday wishes for July 27, 2013.

Could it happen that maybe both dates are relevant and there is some explanation just as is the case with the reigning British Queen?

Queen Elizabeth II was born on April 21, 1926, but she also has what they call the official birthday, which is not a universally fixed day. Information is readily available that she was born at 2.40 am, and not just in London, but the exact address is 17 Bruton Street in Mayfair.

I so wish it is me who is missing something here, because if not, then this is a tragedy. This is the time to show (not just say) that we care about our history. 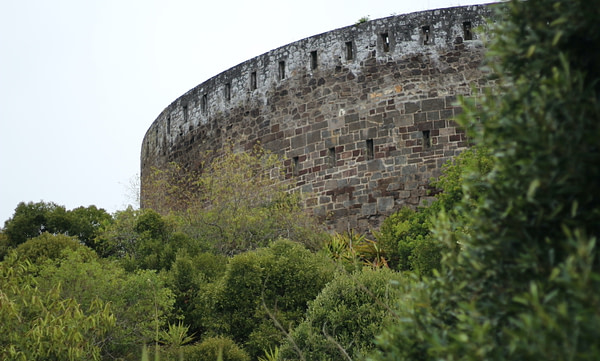